According to the same analysis, sales had constantly grown rapidly from year to year since Amazon Prime Day was born. The kick-off Prime Day in 2015 generated worldwide sales of US$0.9 billion. The following two years saw sales increases of at least 50%, resulting in an estimated sales amount of US$2.3 billion in 2017. Between 2017 and 2018, Amazon Prime Day sales increased by almost 85% to a total of US$4.2 billion. Among other things, the steep rises in sales can be attributed to the fact that Amazon Prime Day was extended several times. Moreover, the company has continuously expanded its Amazon Prime Day to more and more countries. 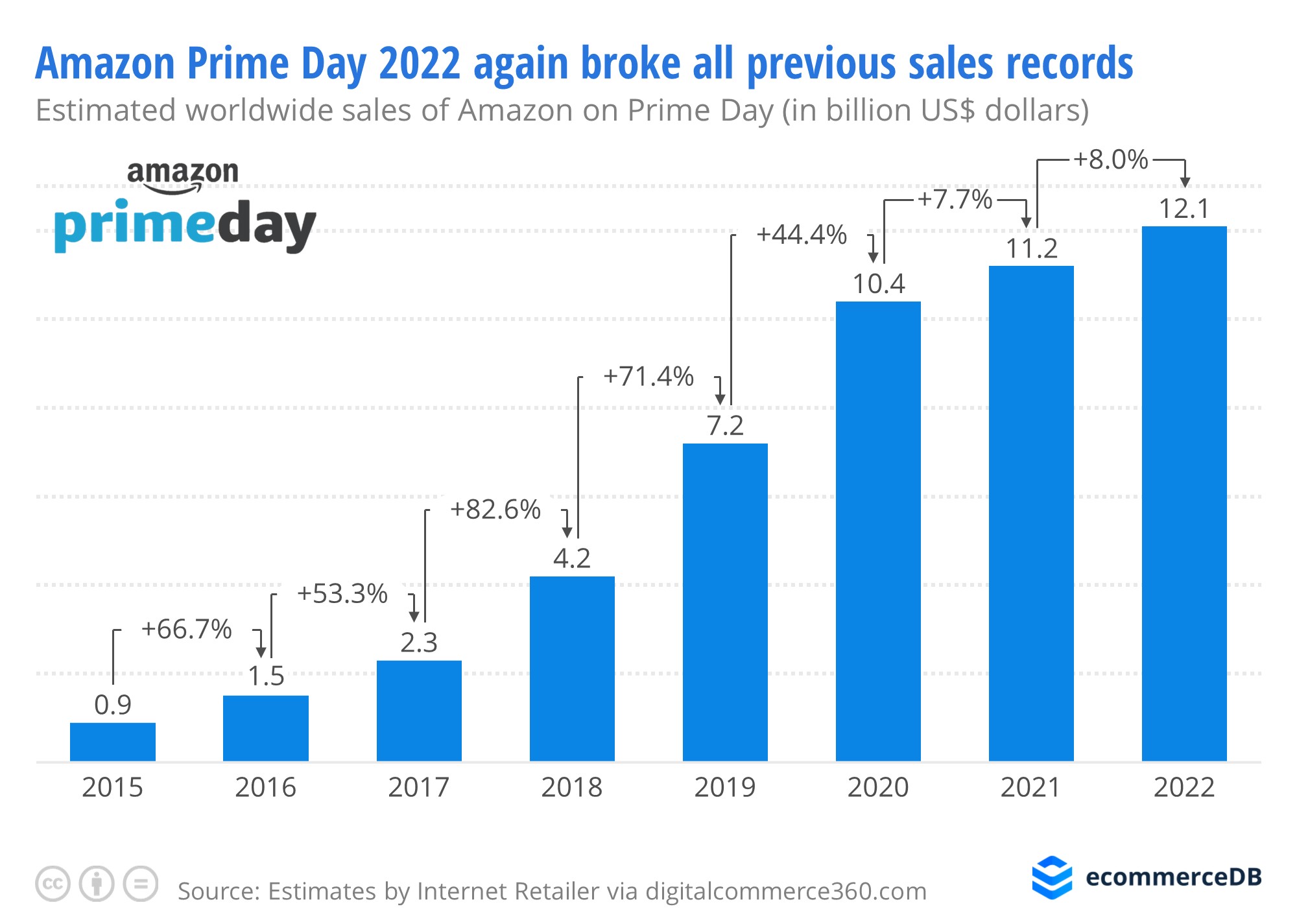 Amazon Prime Day, which takes place in July each year, is named after the company’s Prime membership program that gives customers access to a variety of services such as free shipping, streaming of digital content, Alexa voice shopping, and Kindle books. Between 2015 and 2020, the number of Prime members globally increased at a CAGR of 34%, from 46 million to 200 million. Amazon Prime Day started as a U.S.-only promotional event in 2015 to celebrate the company’s 20th anniversary.