The most wonderful time of the year – the holiday season with a lot of family time, good food, gifts and traditions, is only a few weeks away. The most wonderful time of the year for the retail business and millions of deal hunters around the world is even closer: November 24 through 28 marks this year’s Thanksgiving weekend. The days around the great holiday, especially Black Friday and Cyber Monday, are among the biggest shopping events in the world, generating record-breaking sales not only in the U.S., but most of the western world. Total GMV generated in the U.S. on Thanksgiving Thursday, Black Friday, and Cyber Monday in 2021 reached US$24.7 billion in 2021. Many Americans are eagerly awaiting this year’s deals and promotions battle. The Statista Global Consumer Survey Special – Christmas and the Holiday Season has the details about where Americans expect the best deals this year: 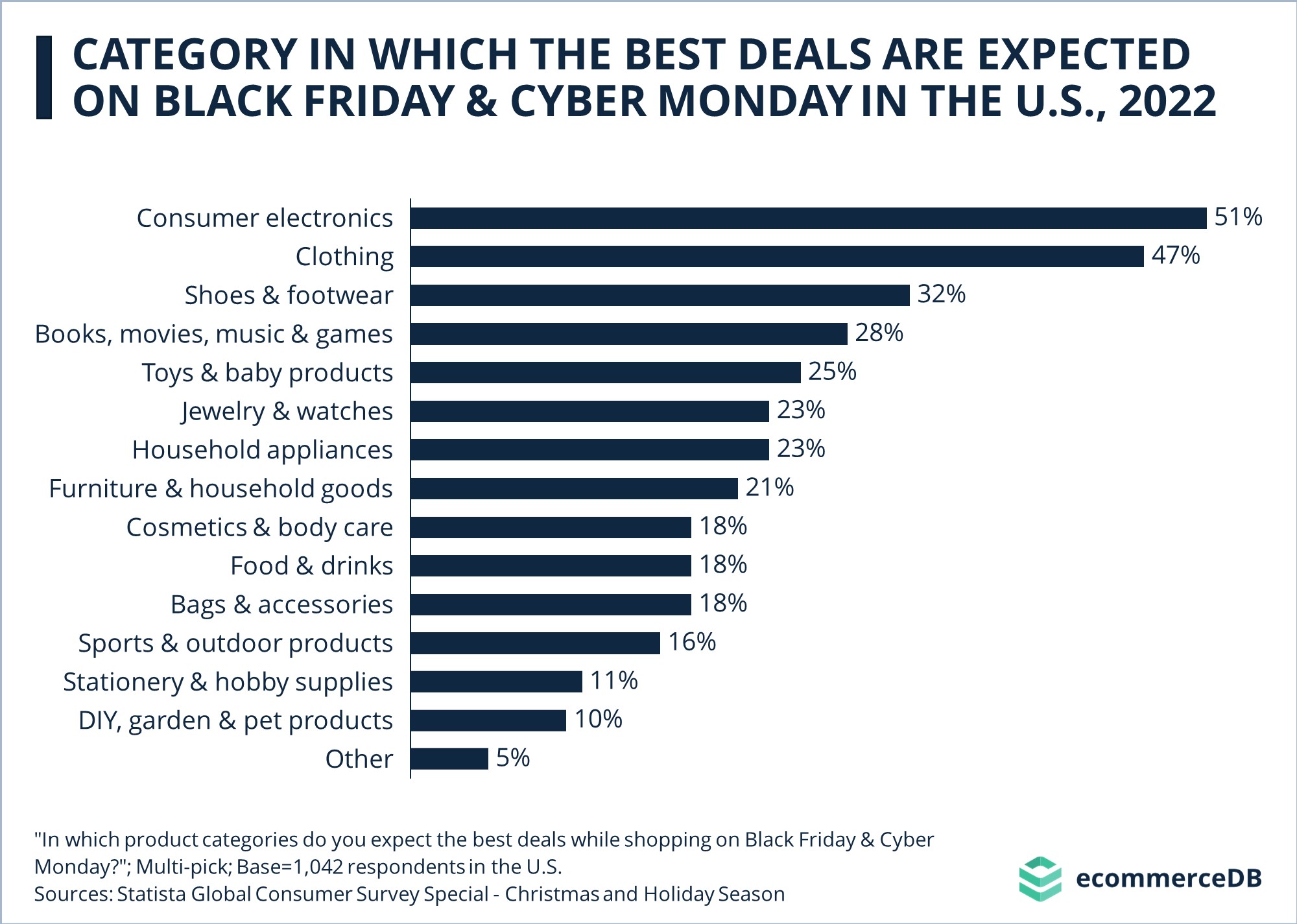 The Statista Global Consumer Survey has asked American consumers about their expectations for this year’s deals battle on Thanksgiving weekend. According to the survey, deals are expected in a variety of product categories. Still, when asked about where consumers expect the best deals, two categories dominate: Around half of respondents (51% and 47%, respectively) name consumers electronics and clothing as the product categories in which they expect to make the best Black Friday and Cyber Monday deals. The category in third rank, shoes & footwear, follows at quite a distance: Around one third of respondents expect to find the best offers in this category. The least promising categories in the eyes of American consumers are DIY garden & pet products and stationery & hobby supplies. Only 10% and 11% of respondents expect to make the best deals in these categories, respectively. But what about people’s actual shopping plans on this year’s Thanksgiving weekend? 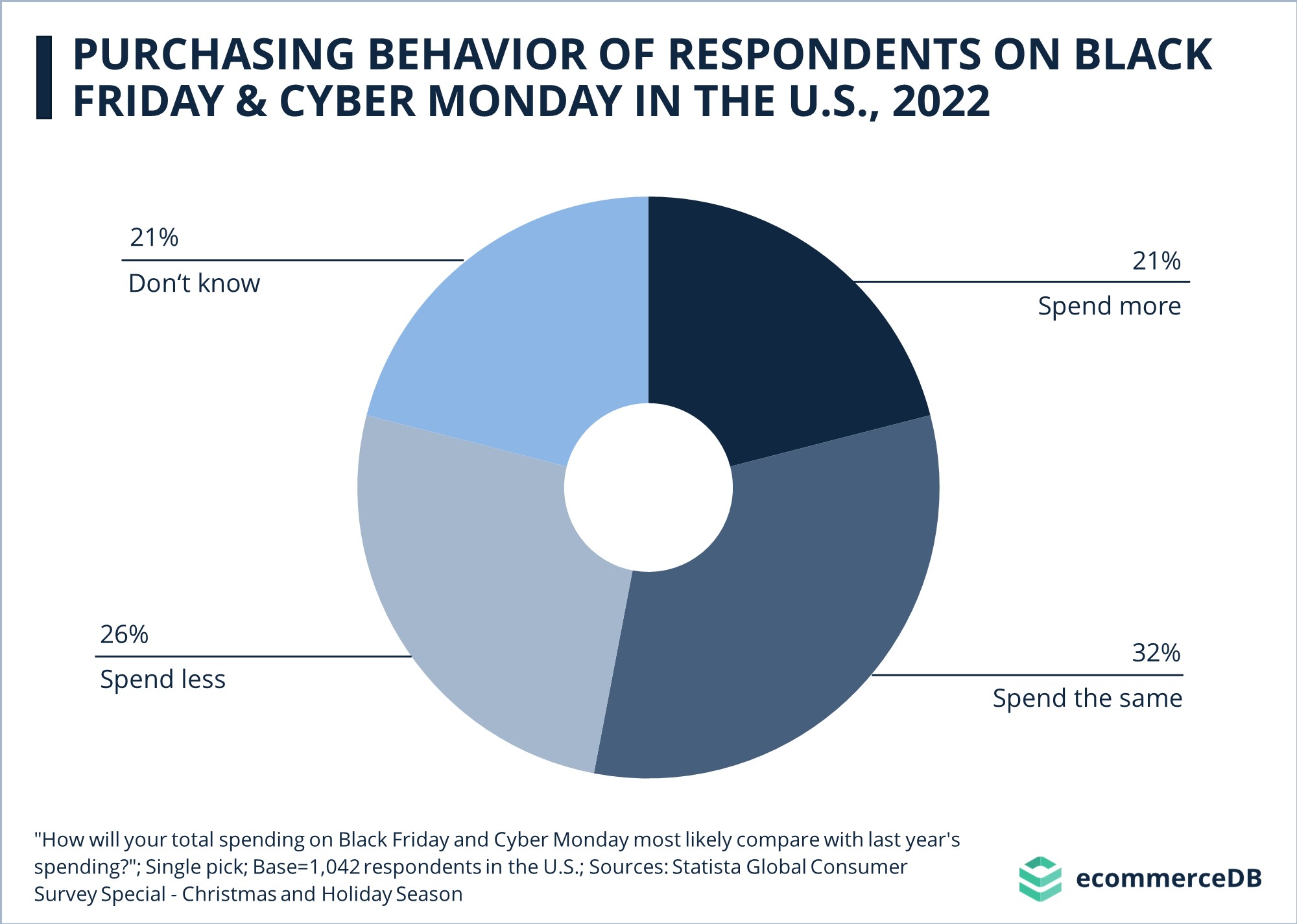 The Statista Global Consumer Survey Special also asked Americans about their spending plans on November 25 and 28, 2022. When asked about how much they will most likely spend compared to last year, the greatest share of respondents state that they are planning to spend a comparable amount: 32% chose “I will spend the same”. More than one fourth – 26% – state that they will reduce their spending on Black Friday and Cyber Monday this year. The share of those who want to spend more is smaller: 21%. This does not hint at a very euphoric spending mood – possibly caused by the current inflation rates undecided. Interestingly enough, according to the same survey, around one in four Americans is planning to spend less on holiday festivities like gifts and decorations due to the high inflation rates this year. It will be interesting to see how the tense economic situation for many consumers will impact Black Friday and Cyber Monday results this year.