China ships most parcels in total – the UK per person

With 108bn, China shipped the highest amount of parcels in 2021, the UK leads in parcels per person

Fueled by the vibrant and fast-paced eCommerce industry, which is experiencing its golden times not only since the outbreak of, but remarkably boosted by the corona pandemic, logistic companies around the world are processing an ever greater amount of deliveries. In 2021, a total of 159 billion parcels were shipped around the globe, according to the Pitney Bowes Parcel Shipping Index 2021, which analyzed the parcel shipment activities of around 4 billion people in 13 leading economies worldwide. Not surprisingly, there is one country which is responsible for the bulk of total shipments: 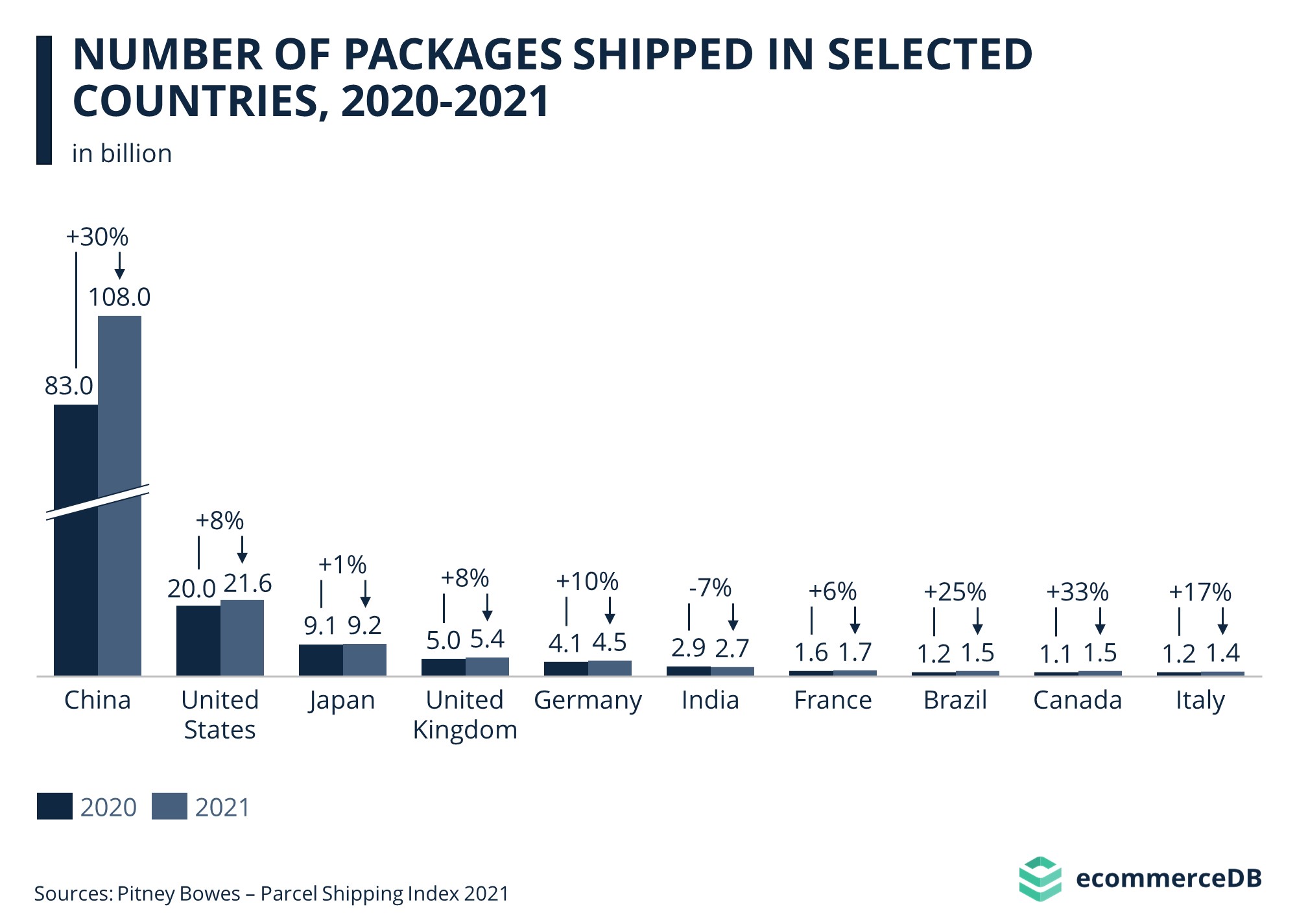 Given the mere size of its population, it comes as no surprise that in total terms, the great majority of the 159 billion parcels shipped in 2021 were processed in China. The other countries analyzed in the latest Parcel Shipping Index are far behind in this respect. With a total of 108 billion parcels, China shipped five times as many packages in 2021 as the United States, which is in rank two of the countries which shipped the highest total number of parcels. And, what is more, China is also among those countries which register the highest growth in total parcel numbers. Between 2020 and 2021, China saw an increase of 30% in the number of parcels shipped. Many of the other countries registered growth rates in the single-digit range. In growth terms, only Canada beats China, with an increase of 33%. Yet, with 1.5 billion, Canada’s share in the total number of shipped parcels in 2021 is negligible. There is also a country with negative growth: While in all other countries, parcel volumes increased between 2020 and 2021, India saw a decline of -7%. When breaking down the total numbers, it turns out that China is not the only country with a very actively shopping and shipping population: 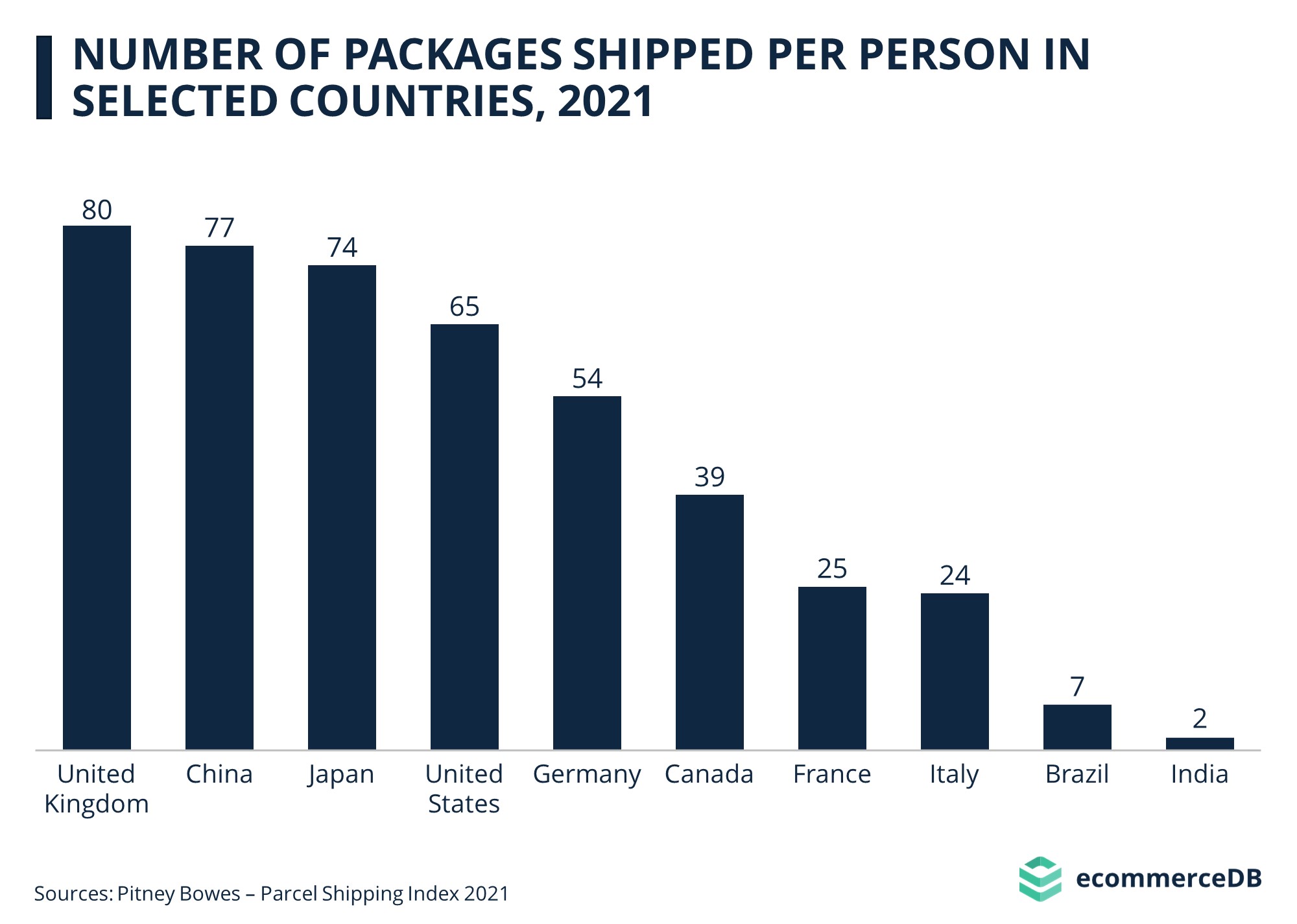 In fact, it is the UK which ships most packages per person: Every UK citizen shipped 80 packages in 2021, on average. This makes the UK rank higher than China, which shipped 77 packages per person in 2021. Japanese and U.S. Americans are also very eager parcel shippers, with 74 and 65 parcels shipped per person in 2021, respectively. France and Italy, two strong economies ranking among the top eCommerce countries in the Statista Digital Market Outlook, fall behind in this comparison. With 25 respectively 24 packages on average, French and Italian consumers shipped less than one third of the amount of parcels that UK citizens sent in 2021. India again plays a special role. In comparison with the other analyzed countries, the number number of parcels shipped per person is extremely low in India. The average Indian shipped only 2 parcels in 2021.

You need more in-depth data on shipments, for example the delivery service providers an individual online stores cooperates with? Check out eCommerceDB and browse through thousands of store profiles to find shipping service provider information and other interesting KPIs!