Insights into the state of mCommerce in Germany

Smartphones as part of the customer journey in German online shopping

mCommerce in Germany is constantly growing. Smartphones have become predominant in everyday life. Online purchases are increasingly done via mobile devices like smartphone or tablets, however, smartphones already appear earlier in the customer journey, for example, when customers search for products or compare prices. The number of smartphone users in Germany has grown strongly to 57 million users in 2018, according to Bitcom Research and comScore. Overall, 81% of smartphone users in Germany have an internet connection on their device. 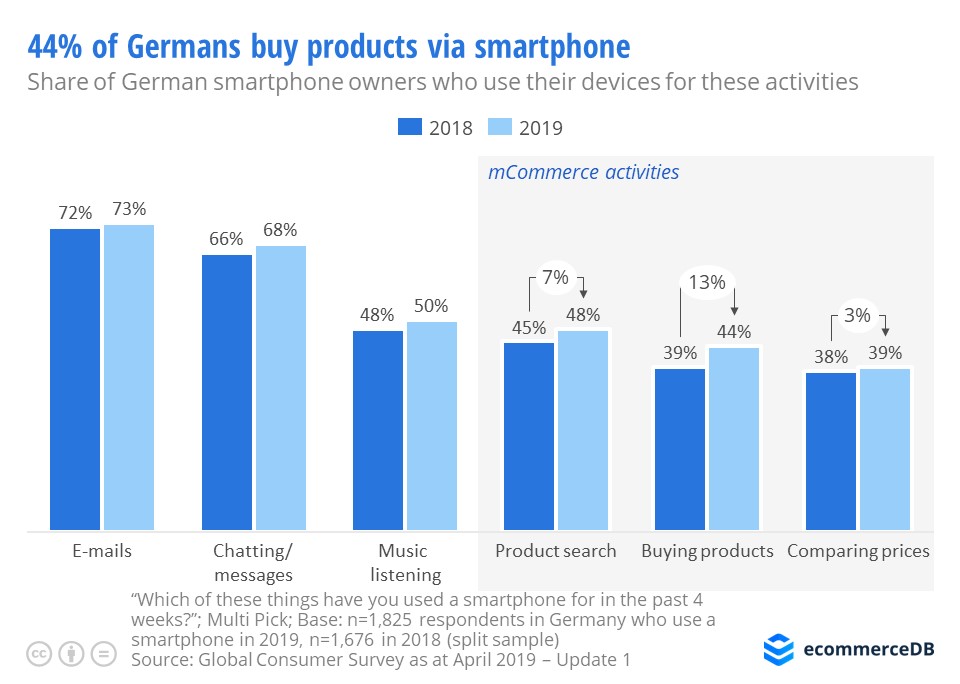 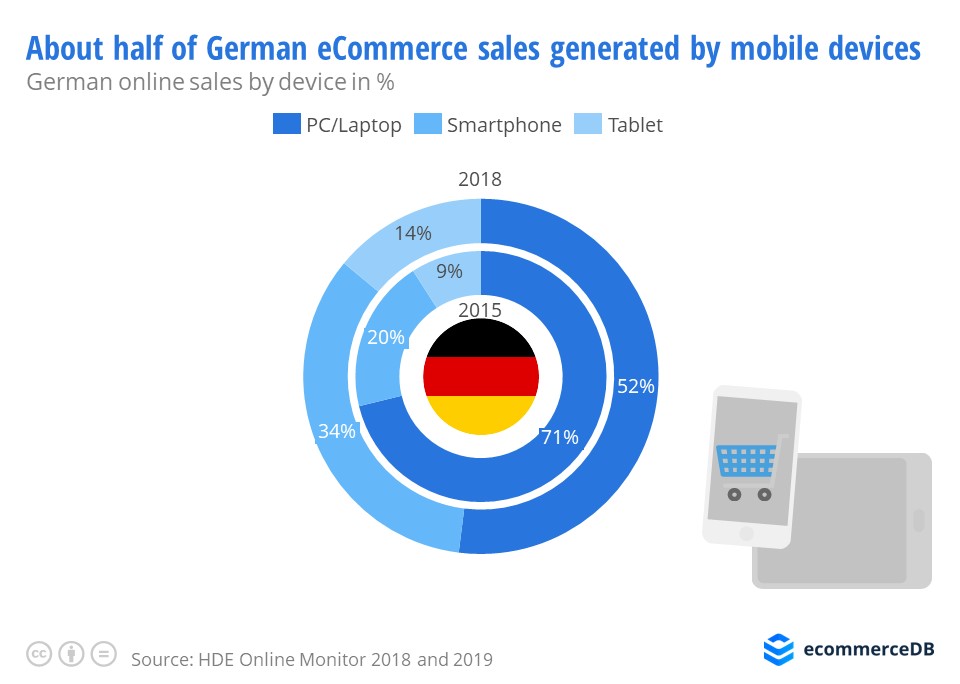 Due to the penetration of mobile devices, purchasing behavior has been changing rapidly in recent years. In regards to online sales, purchases made with smartphones have increased enormously: in 2018, 34% of total online sales were generated via smartphone, a growth of 73% since 2015. Smartphones and tablets together account for almost 50% of online sales. In contrast, laptops and PCs are losing importance when it comes to online purchasing. However, their share of 52% of total online sales in 2018 is still rather dominant. If the trend of increasing use of mobile devices continues, mobile devices might eclipse stationary sales soon. However, the usage of tablets for online shopping remains limited with a share of 14% in 2018. Compared to 2015, when the share of online sales via tablet was only 9%, online purchases via tablet have experienced a growth of 54%.

Shopping apps are a multiplier that has increased the percentage of mobile retail spending in the past few years. Over 40% of smartphone owners who already purchase via smartphone prefer buying products via apps, according to HDE Online Monitor 2019. Those who have apps on their device usually shop more frequently. App users specifically appreciate a quick access, a faster ordering process, and a clear presentation of the products. For these reasons they tend to purchase online more frequently.

Smartphones not only have an impact on online, but also on offline sales. They are widely used during offline shopping in stationary stores, which has the effect that substantially more stationary stores ensure mobile networking when it comes to shopping. Thus, mobile devices are already playing a key role in the multi-channel retailing strategy.