Online shares in total retail sales in South Korea, China, the U.S., and the UK jump in corona year 2020

The pandemic year 2020 was a lucrative one for online retail – economists and analysts around the world agree and the reported sales figures of online retailers across the board back the assumption: It was not only eCommerce giants like Amazon or Otto who broke growth and sales records, from online supermarkets over fashion online stores to niche players like online wine retailers – selling products online to consumers in 2020 was a fruitful business. Some retailers – for example Douglas – even changed their focus and adopted a digital-first strategy. The corona crisis did obviously not only have profiteers, though. The positive developments in eCommerce were partly at the expense of stationary retail. As stores were forced to close during lockdowns and people became hesitant to leave the house for anything but the essential, stationary retail widely suffered from a drop in demand and significant sales losses. The United Nations Conference on Trade and Development UNCTAD has released figures which illustrate the shift from offline to online retail in selected economies in the corona year 2020: 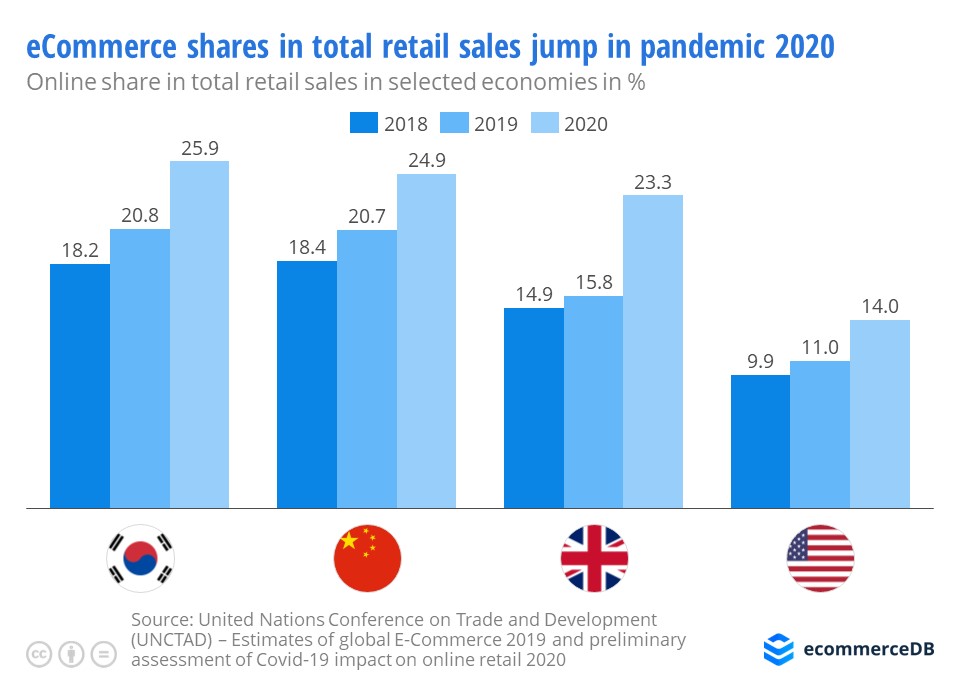